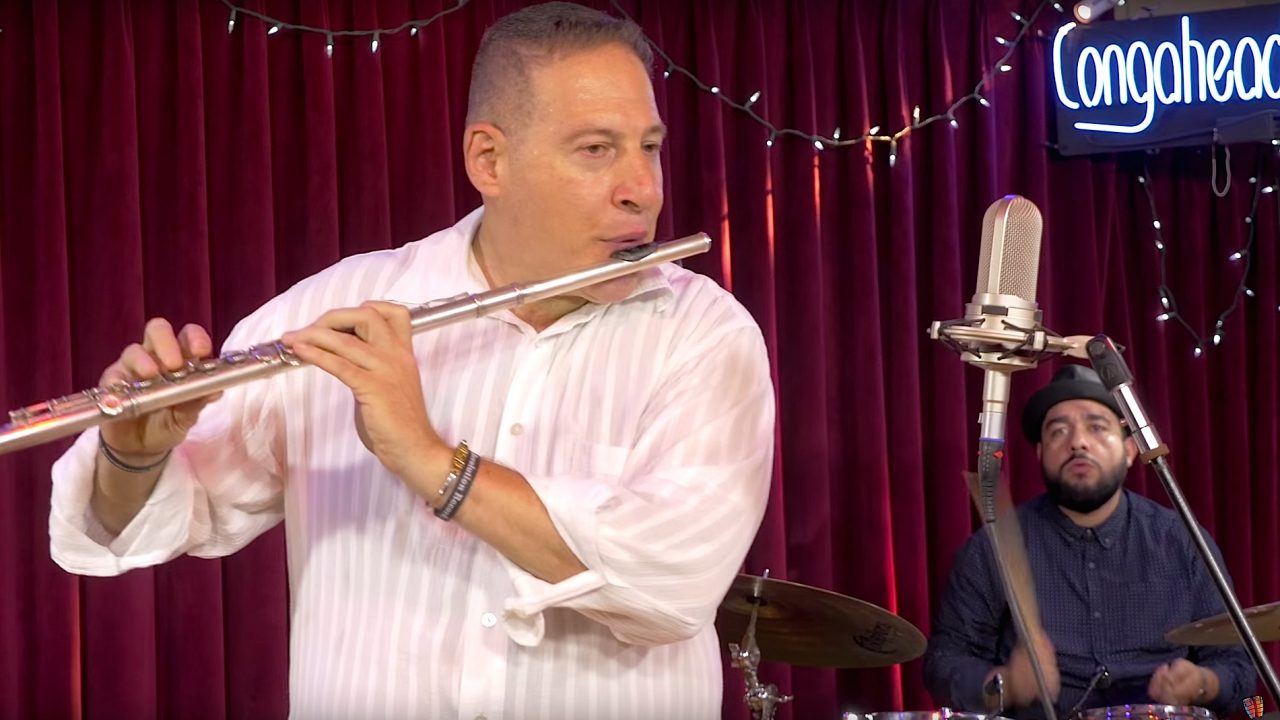 Veteran saxophonist & flautist Mitch Frohman, known for his 25-year stint with the Tito Puente Orchestra as well as his many years with the Mongo Santamaria band, has embarked on a new small group project featuring himself accompanied by the Curtis Brothers trio.

Playing new original music in the classic Tito Puente/Mongo Santamaria style that has brought him acclaim for almost 40 years to all corners of the world, Mitch has finally released his own solo album, “From Daddy With Love” (Truth Revolution Records).

Of course his signature sound can be heard somewhere in the world everyday as he is the sax soloist on the theme of TV’s mega- hit “Sex & The City”. After almost 40 years in the Latin Jazz community Mitch Frohman is long overdue to present his own music to the faithful Latin jazz audience.